I started The Denties last year as my answer to Michael Scott's Dundies, and Upgrades Upgradies. In keeping with the new festive tradition, I've compiled a list of my favourite things from 2022. So, lets get right on with it shall we?

Film of the year 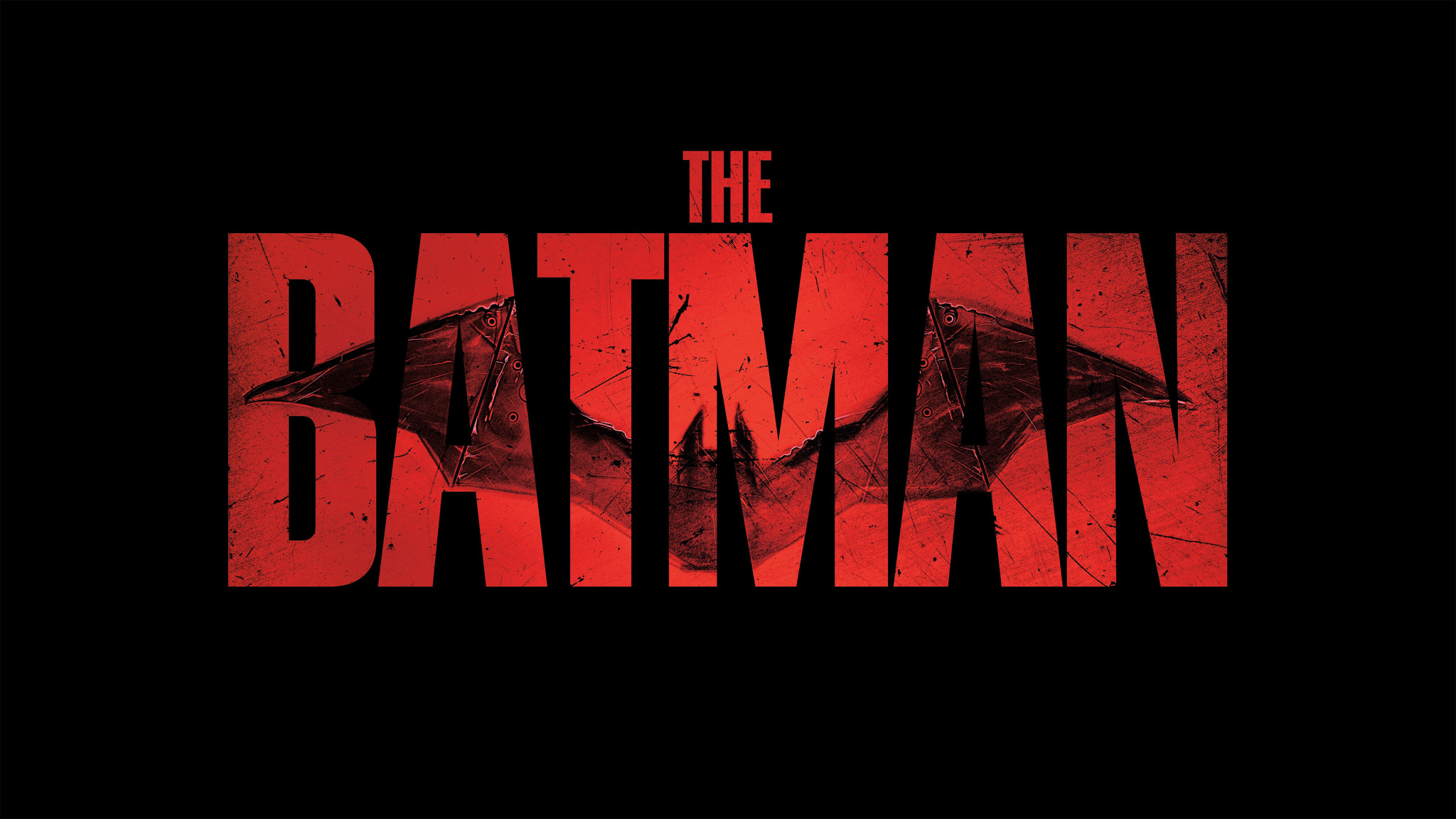 To be completely honest with you, I had to check IMDB for films released in 2022 because, for some reason, I don't recall actually seeing many films released this year. It was always going to be a slow year for films, given the impact of Covid would have had on that medium, so it's completely understandable. That being said, The Batman was a real highlight of the year for me. It feels like it came out a long longer ago that this year, that felt a little insane. I love the Batman character, so almost any new Batman content would be welcomed by me, but this entry was just fantastic. Grounded, as far as Batman can be so, with a great villain and amazing supporting characters like Colin Farrell's Penguin. It makes a change for a superhero film to be focused at a 'street level', instead of the cosmic level stuff that Avengers and the like deal with and I think this is a great example of that done right. The Batman 2 is, I believe, currently in development / planning and I'm very excited to see what comes next in the franchise. Since James Gunn took over and gave poor Mr Cavil the boot, again, it may be cancelled, but fingers crosssed this isn't the case.

This may feel like a bit of a cop out, but there was literally nothing on the IMDB list that stuck out to me as a real winner of a film released this year. Even the Marvel films were a big let down, though I've not seen Black Panther 2 which I hear is a little more fulfilling. As I said, I can understand why there hasn't been much top notch stuff this year, so I wont dwell on it too much. Perhaps 2023 will bring some heat?

TV show of the year 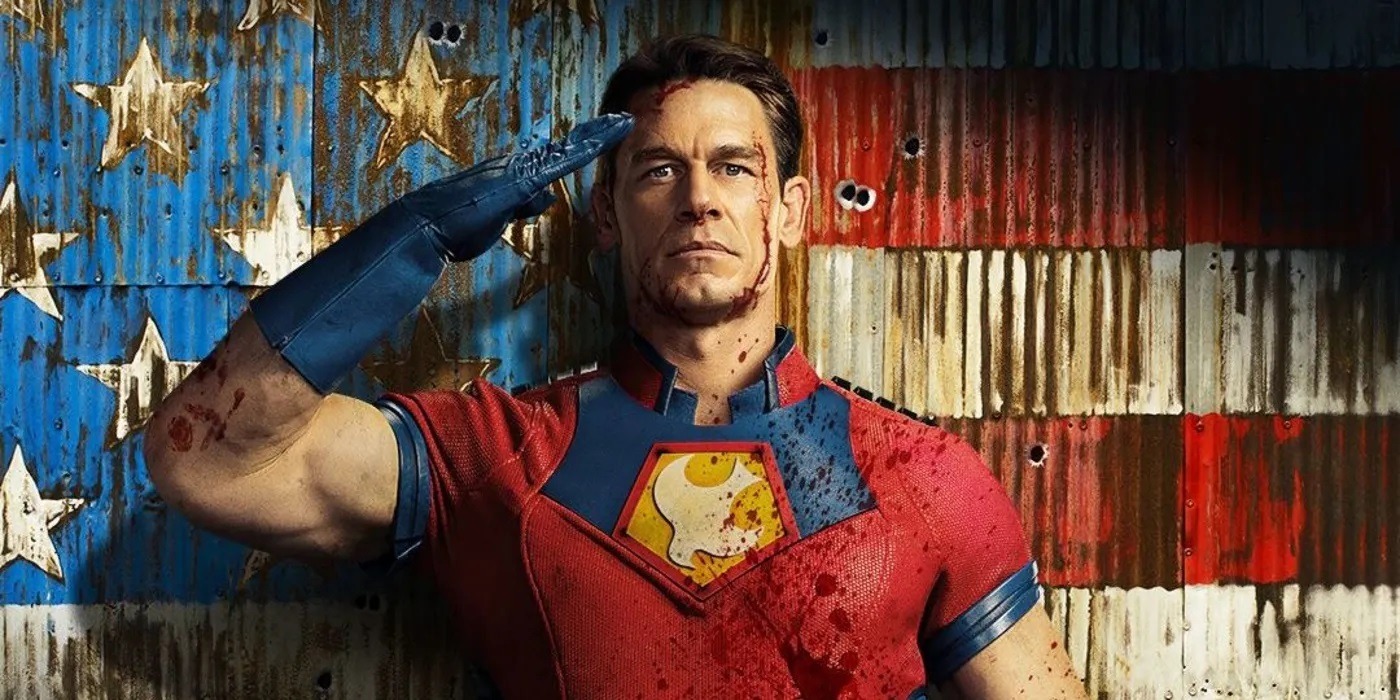 Whilst film has had a slow year, there has been some really fantastic TV shows that have more than made up for it. I don't get a lot of free time, and when I do I tend to spend it playing games. I can't possibly waste any Battlepass grinding time now can I?! This year, however, I found myself on a veeeeeeery long flight to and from Korea for work, which found me with two 13 hour flights to entertain myself through. The week prior to leaving I'd picked up Peacemaker on iTunes and I absolutely binged the bejesus out of that on the way out. I don't remember the last show I watched back to back like that and it was a complete delight. And don't even get me started on the great opening credits which I watched fully from start to finish before every episode.

If you've not seen it yet, I would highly recommend it. It's a direct follow-up to The Suicide Squad, but to be honest you don't really have to have seen that to enjoy it so don't let that put you off. Throw it on, switch your brain off and enjoy!

Tech of the year 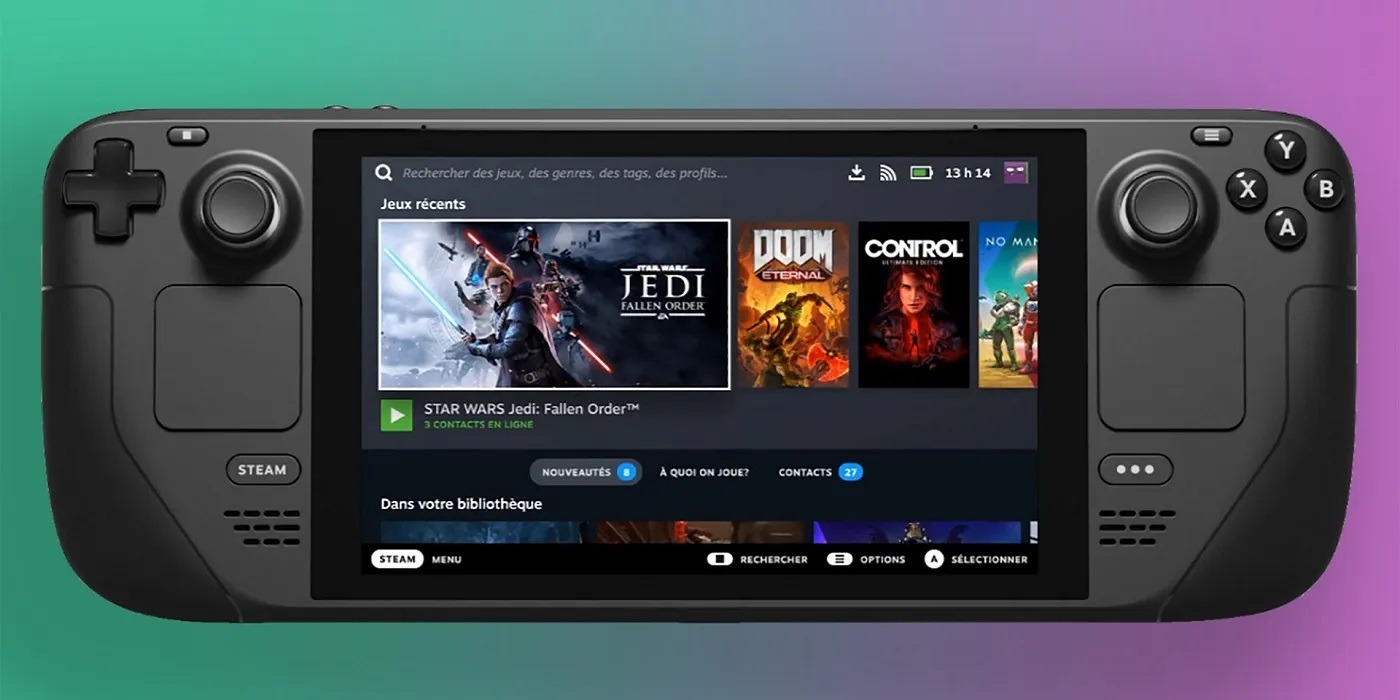 As with film, tech in 2022 wasn't the most thrilling either. We saw a fair bit of iteration on existing designs for established product ranges, but Valve somehow managed to to get enough of a production line going to start a trickle of shipments of their fantastic portable PC / gaming console. I put my name down for one within minutes of the pre-sale going live, but I still ended up waiting much of 2022 to receive it, but it was well worth the wait.

Whilst the battery life is pretty dire, especially for AAA titles, and the screen looks very bad when compared to the OLED Switch, but it still feels like such a great product. Receiving the device and instantly having a huge library available for it was a great experience. I still like the Switch for many indie titles, but using the Steam Deck to continue indies, and triple A's when switching between PC and handheld has been a joy. It's also an incredible machine for emulation, which is just the cherry on the cake.

The Steam Deck is not cheap by any means, but it is an excellent solution for someone wanting to get into PC Gaming and, combined with the official dock and some accessories, you have a pretty solid and surprisingly powerful bit of kit. It's not going to be a device for everyone, and the Switch may well be a better mobile gamign solution, but if you're after a far more versatile, and hack friendly device you can't go wrong with the Steam Deck. It's clearly a device by nerds, for nerds.

Game of the year (PC or Console) 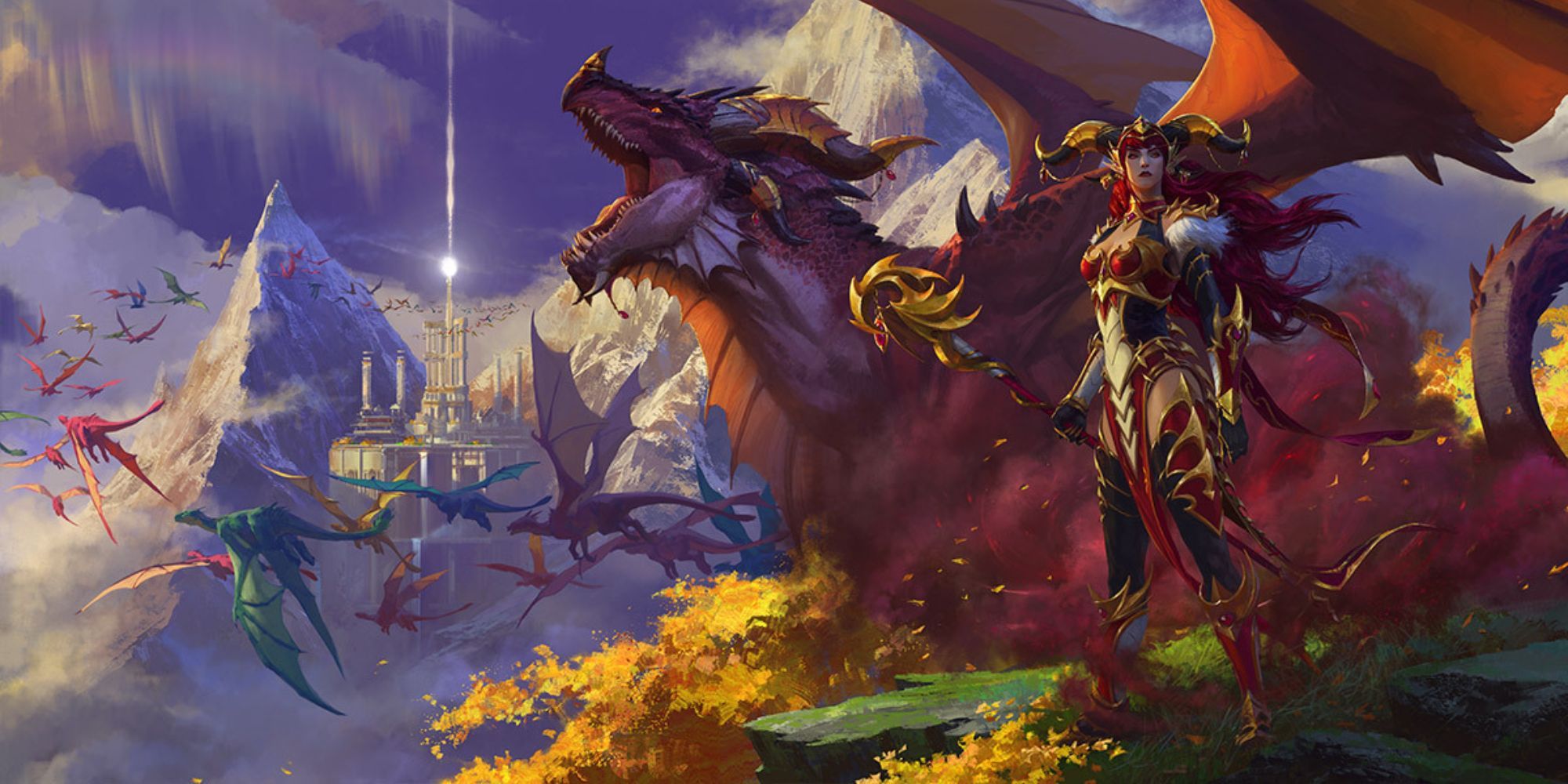 I've been playing World of Warcraft (WoW) on and off since its release in 2004 which is, when I think of it like that, kind of insane. My last off period covered a few years, and I missed entire expansions during this time and I thought I was finally free from its clutches. I came back for a bit during the end of the last expansion, Shadowlands and actually enjoyed a bit of a casual time there. This expansion was, generally, hated by most players but, as I say, I found enjoyment in it, so when I heard there was a new expansion coming that the fanbase were hyped for I couldn't resist jumping in and I'm so glad I did.

The big selling point of the expansion is dragon riding, ripped almost wholesale from Guild Wars 2, but the big appeal to me has been the story and setting. Despite it being a Massively Multiplayer Online Role Playing Game, I play it entirely solo so the story is important to me. I generally don't finish the story and then grind out the end game content and so far that aspect hasn't disappointed. The story and environments are far more upbeat, and relaxing, than the depressing and confusing stuff that went on with Shadowlands. It's currently a joy to play, and incredibly relaxing.

I think I may have spent more time in Modern Warfare 2 this year, and I'm still really in love with it, so that was a close second place, but WoW has taken the crown for me for being just such a relaxing and comforting place to escape to. I've been exploring this world for about 18 years now and it's a huge part of me now. To see it in such a good place and, importantly, so friendly to people like me dipping in and out, and playing alternative characters etc. is very welcome.

Mobile game of the year 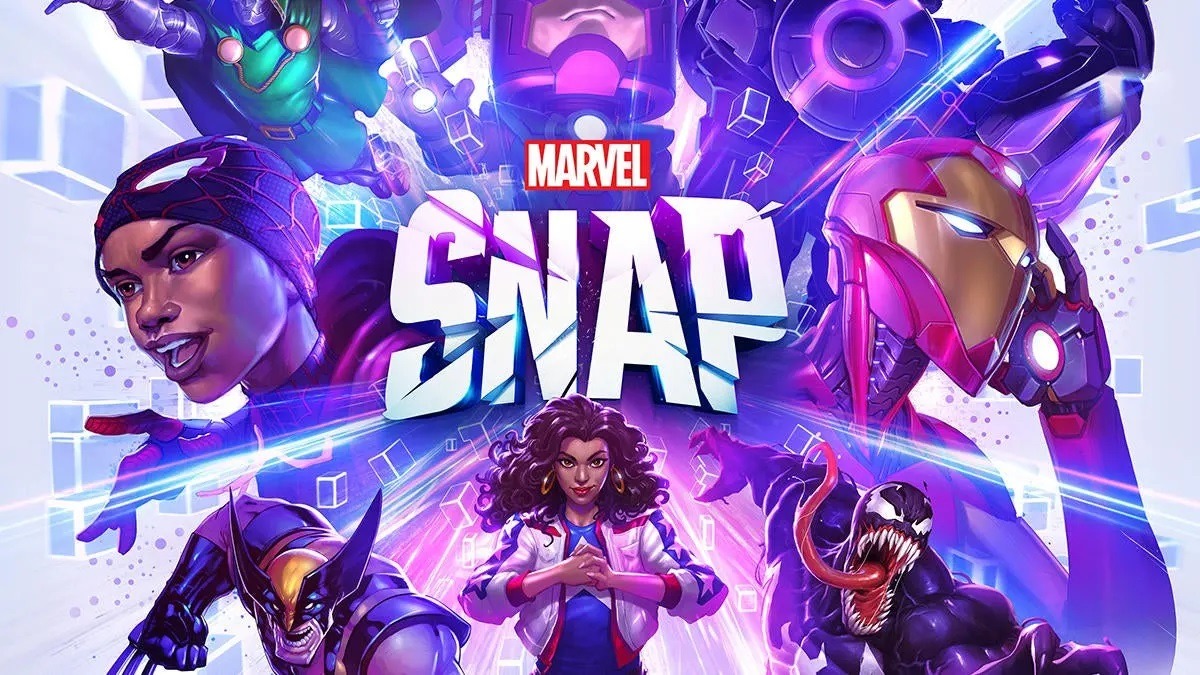 I've enjoyed collectable card games (CCG) for some time, and have spent a lot of time (and money) on Hearthstone. The thing that pushed me away from Hearthstone, eventually, was the time investment. Some of the matches ended up going on for 10 minutes plus and that amount of time to end in a loss was just frustrating.

Enter, then, Marvel Snap! This is a very parred down CCG from some of the creators of Hearthstone. Crammed full of every Marvel character you can think of you play against an opponent to win the most locations and take the victory. There is nothing really mind blowing about the gameplay itself, though the roster of characters on the cards is a big draw, but the real stand-out unique selling point for this game is the incredibly quick match times. There are only a fixed 6 turns in the game, so you can fire through games very quickly. This really helps soften the blow of losing a game, as your time investment is so miniscule it really doesn't matter. It has strong 'just one more go' vibes to it and it's kept my attention far longer than these sort of things do.

So far, the monetisation has been quite extreme, but thankfully fully ignorable if you don't want some cosmetic stuff. Their prices, if you did want to get into it more are really outrageous, however. It's sad that a popular game, winning awards, still has to go to this level, but it's the world we live in unfortunately. Don't let this put you off, however, because as said they are completely cosmetic and will not make any difference to your enjoyment of the game itself.

My only concern is how they will be able to keep the game fresh over time. My Marvel knowledge isn't huge, but I am aware of most of the main characters I think and there are already a massive percentage of them in the game so I'm not sure how much they have left in the tank to add from that respect, but it's early days for the game and I'm looking forward to seeing how it develops. If you have a phone, tablet, or PC it's worth at least downloading the game (for free) and giving it a go. Just don't get tempted by those shiny gold card borders!

Fail of the year 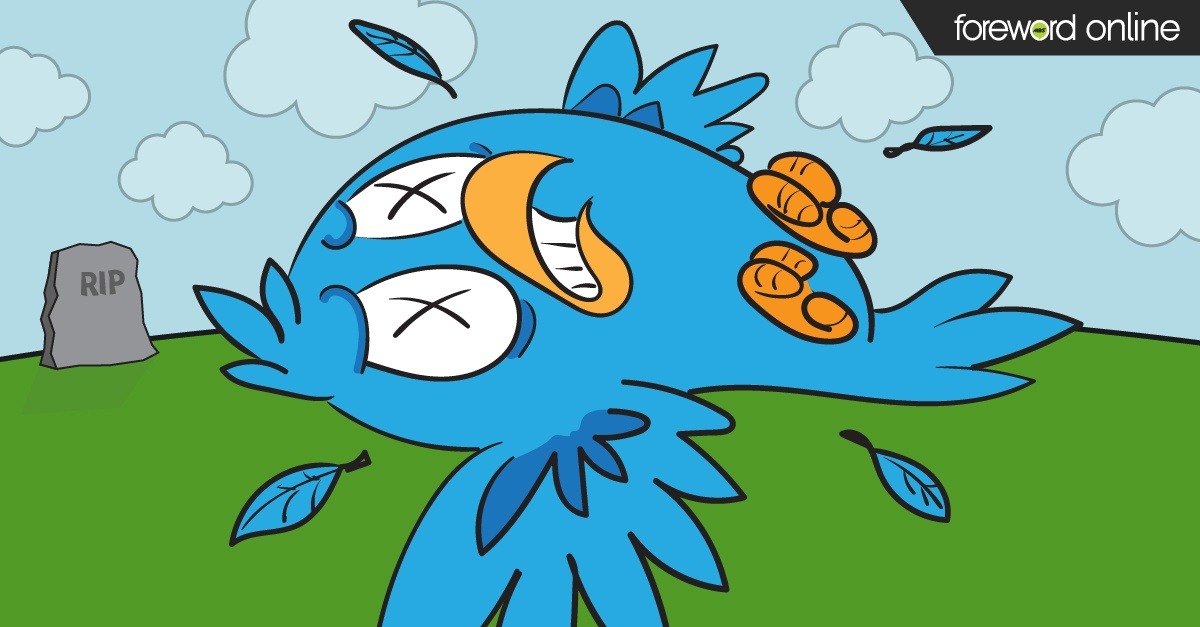 This is a tongue in cheek 'award' obviously, and I had intended to write a bit of a rant on this topic, but quite frankly I don't have the energy for it, and I also don't want to drag down a fun post with this depressing garbage. I will, instead, leave this post with the gif below, directed at Musk, Putin and every other douchebag of 2022. Do better.

This site is hosted by Weblog.lol, from omg.lol. Post written in iA Writer. Images hosted via bunny.net.