The Dent · Chatter - React Together 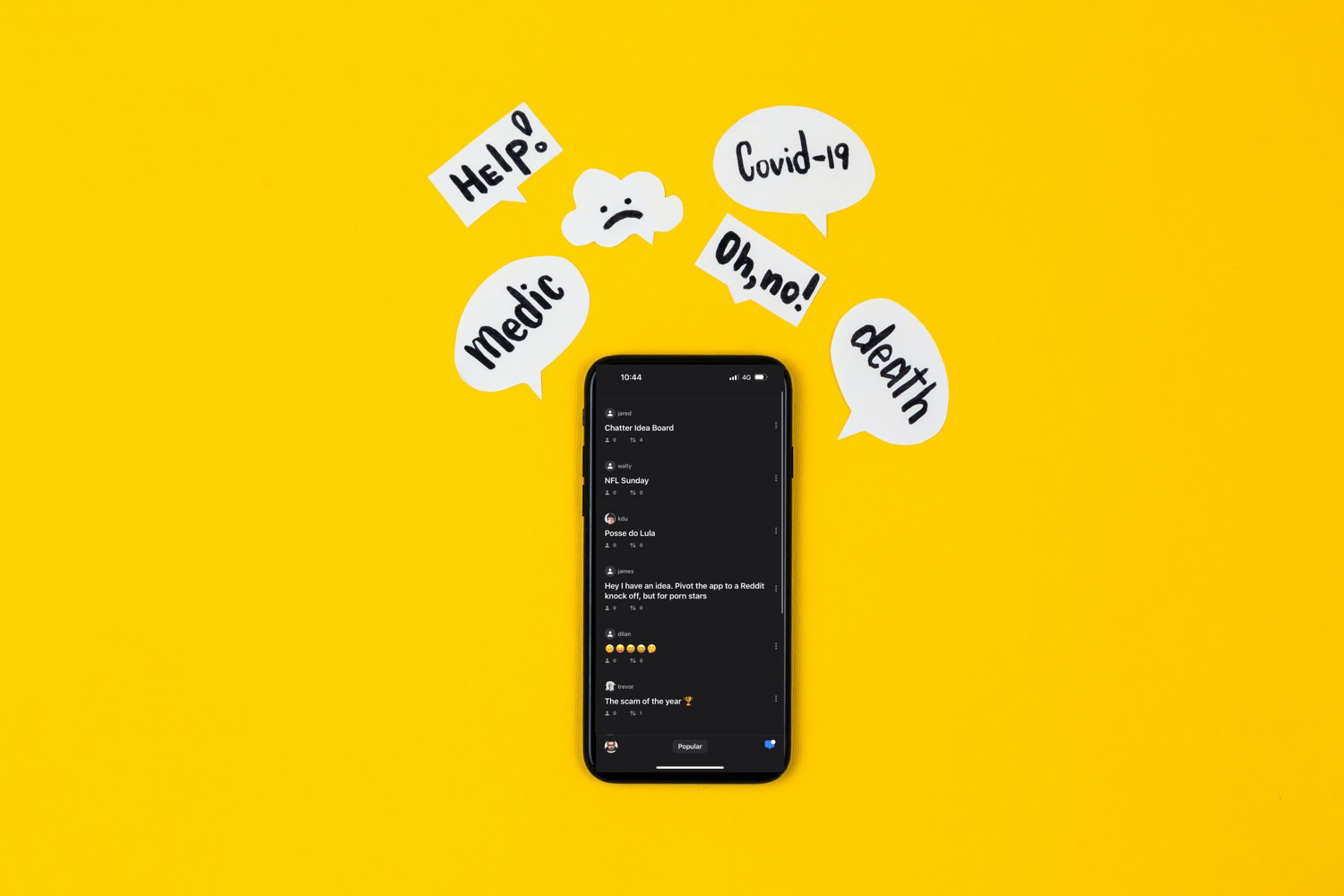 Whilst Twitter continues to burn, I’ve found a move over to Mastodon far easier than I thought I would. I’ve found a really nice group of people to follow and interact with there and there’s very little I’m missing about Twitter at all. There is one thing, however, and that’s the public threads of people all talking about a single topic as and when it’s taking place. A prime example of this can be seen around WWDC, as my entire circle would end up Tweeting out their thoughts and I could follow along and chip in as and when I wanted to.

Even in its hey day, however, this wasn’t ideal. As you would expect, both timelines and conversations would end up meandering onto other topics and the key discussions I was interested in focusing on would be lost in a myriad of other topics and discussions.

This is clearly an issue that developer Trevor Welsh had. His answer to this? A new app / service called Chatter. The premise behind Chatter is a simple one, but I think it has some great potential.

Essentially this is an app that allows you to post, and interact with, some public chat groups. Upon firing up the app and making an account you’re presented with a list of popular topics which you can just right into, or you can create your own by entering a topic and away you go.

Within each topic, or room, options are fairly slim, but this is entirely the point. You can enter basic text replies and you can upvote the topic to better surface it to other users which, in turn, should then increase the responses you receive.

In the current version you can only ‘host’ one room or topic at a time, which I think is a great idea. If you’re an active user you need to close down your previous topic before creating a new one. This is a good way to keep the volume of topics open manageable and I like the ethereal nature of the topics. The intention is to discuss a current hot topic, generally, so keeping to just relevant topics helps a lot. You can also save your favourite topics to jump back into later. 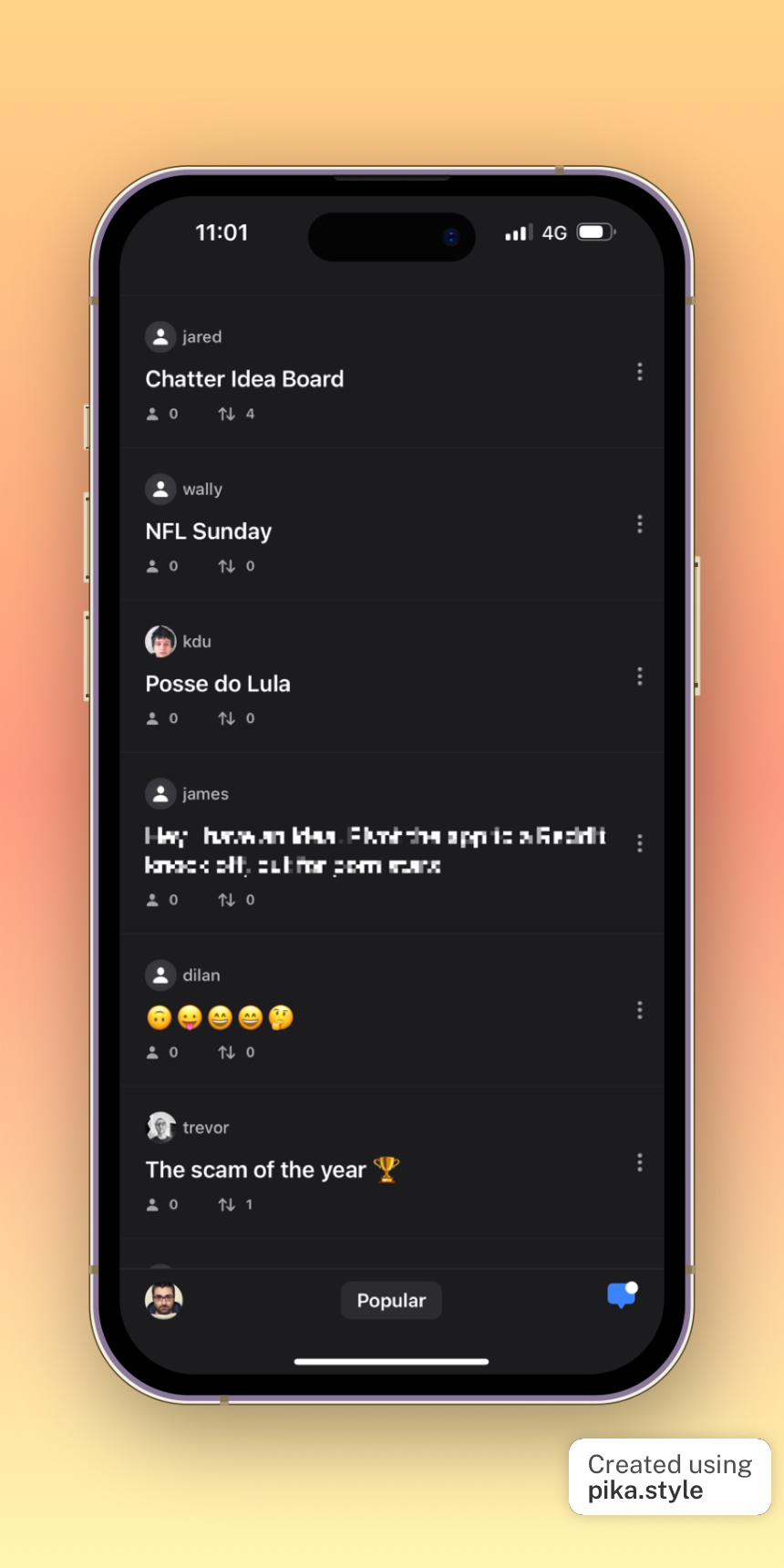 Something I think that may help for large events is for Trevor or an admin to post featured topics. Take my WWDC idea again, for example. Come June, and the WWDC keynote, I imagine there will be a hundred different rooms opened for the same topic, thus splintering the user base. I’m not sure how this would be implemented, but it may make sense to try and consolidate these in some way or, as I say, highlight a featured topic at the top to try and filter the majority of users into the single location.

The topic of users, however, is where the app falls into a bit of a catch 22 dilemma, when it comes to an audience. It’s incredibly hard for apps in general, let alone social ones, to break out of obscurity and get in front of people. For some apps, they can thrive on a certain niche appeal. For Chatter, however, it 100% relies on a decent user base size to get the most out of it. Without a decent user base to start with, however, it’s going to struggle to pull in users. This is going to be a very tough nut to crack and it’s one of the big reasons I wanted to write about it today. Whilst my small audience will not make much of an impact here, I’m hoping that if a few people see it, they’ll share it on also and a small audience will start to visit regularly. 2023 is definitely going to be a year of indie / smaller apps for me and I’m very keen to see all of the incredible creators out there making things off their own backs all the success in the world, so I hope the same for Trevor in this instance.

There are definitely some improvements that could be added to the app, such as some of the unused rooms being cleared down regularly and a bit more in the way of options in the chat, such as some basic markdown or gifs would be nice. When have gifs ever been a bad thing hey?! For an initial release, however, it certainly does what it promises to do and I would definitely jump into a room with some like minded folks to discuss WWDC

I’m currently checking into the app regularly and trying to get involved where I can so hopefully I’ll see some of you there.

This site is hosted by Weblog.lol, from omg.lol. Post written in iA Writer. Images hosted via bunny.net.